Missy is the owner of Empire Title Services. Though she started Empire Title in 2003, she’s been in the title services business since 1996.

Missys wonderful family includes her husband and 3 kids that are active in sports. Missy enjoys running, zumba, and watching movies with her family. 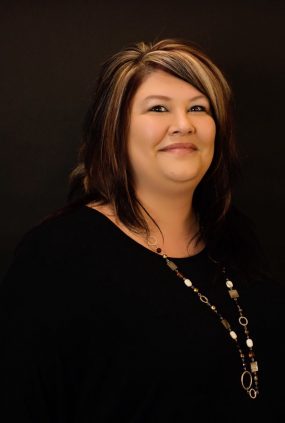 Jaci started working at the Wayne County Recorder’s Office in 1999 and then shifted to the title industry in 2004 landing at Empire Title. She received her Bachelor of Science in Business Administration from Indiana University in May of 2016. She directed the day to day operations at our Richmond Office until November of 2017.  She is now managing our new Winchester location.  She has two kids and enjoys camping with her children in her spare time. Kim has been in the title industry since 1995. She handles the day to day operations at the New Castle location. She enjoys the outdoors, road trips, fitness and spending time with her son, Wyatt. Christian has been in the title industry since August of 2013 when she started at Empire Title. She has three kids, enjoys being outdoors, kayaking, fishing and loves watching her kids play various sports and enjoys spending time with family.
[  extension:  305  ]
christian@empiretitleservice.com Kelly started in the banking industry in 1990 and then shifted to the title industry in 2016 and landing at Empire Title in 2018. She is married and has three grown children. She enjoys spending time with her grandson in her spare time.
[  extension:  305  ]
kelly@empiretitleservice.com